A personal WiFi router is generally used for residential purposes. They are directly connected to a modem that is provided to you by your Internet Service Provider (ISP) and are capable of propagating wireless signal throughout a home.

MiFi devices work differently than a personal WiFi router. While a WiFi router requires a connection to your modem, a MiFi can create wireless signal using any 3G/4G LTE signal it captures from its cellular provider. They are generally referred to as “hotspots” because of their cable-free, mobile capabilities. If your device has reception from a nearby tower (Verizon, AT&T, etc.), the MiFi can use that connection to create WiFi for its surrounding area.

Perform a WiFi Survey of your WiFi Environment

Personal WiFi routers can significantly and negatively impact the reliability of a wireless environment. They can cause the WiFi network to deteriorate, create radio frequency (RF) noise, and, in some cases, make the network unusable by others.

One issue you will find with personal routers on an Enterprise WiFi network is co-channel interference (CCI). This occurs when one wireless access point is transmitting on a specific channel, while another access point is utilizing the same channel within a certain proximity of the first. When multiple access points attempt to use the same wireless medium, congestion will occur.

The concern with CCI is the way it slows down WiFi communications.  When an AP is looking to transmit data to its client device, it checks the wireless medium for existing traffic. If there are existing transmissions taking place, then the AP will need to hold off on transmission.

The main issue when there are personal hotspots and routers on an Enterprise WiFi network is adjacent channel interference (ACI). For the most part, ACI is not much of an issue when using the 5 GHz band, but it is a problem on 2.4 GHz since it only has 3 "proper" channels to choose from (1, 6, 11). While CCI will slow down your speed, ACI can completely corrupt a transmission which can lead to even more WiFi disruption.

Adjacent channel interference is created when the presence of a neighboring channel is found overlapping with the desired enterprise network channel. As mentioned before, transmissions on 5 GHz bands are less likely to have issues with ACI because of the high availability of channels and capable bandwidths. The 5 GHz bands, however, are capable of being 20, 40, 80 and even 160MHz wide bands. Issues arise when the side-lobe of a 5GHz channel leaks into the next closest channel and interrupts communication.

The screenshots below were taken using the AccessAgility WiFi Scanner software. The first picture shows two separate WLANs broadcasting on channel 157+1 (157 on 40 MHz). One of the SSIDs is Verizon-MiFi6620L-2D1C and it is the personal MiFi device of an employee in the office. The other SSID is for the office building’s guest enterprise network, AA-Guest. 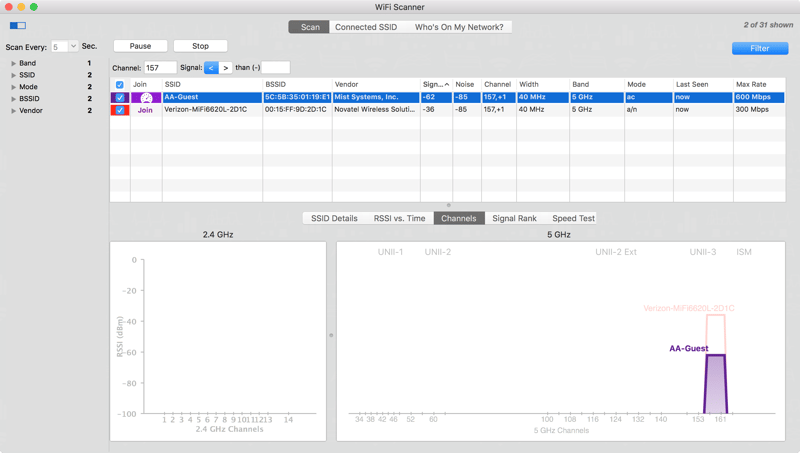 When connected to the AA-Guest WLAN and running a local speed test with WiFiPerf Professional to a windows WiFiPerf EndPoint on the same AP, it is plausible that there is major congestion created by the MiFi. The screenshot above shows that the AA-Guest network should be capable of providing a max data rate of 600 Mbps. We expect with the chip sets in each computer to reach around 200 Mbps since we are testing about five feet from the AP. However, with the interference from the MiFi, the client is receiving download speeds well below what is expected in this local, controlled environment. 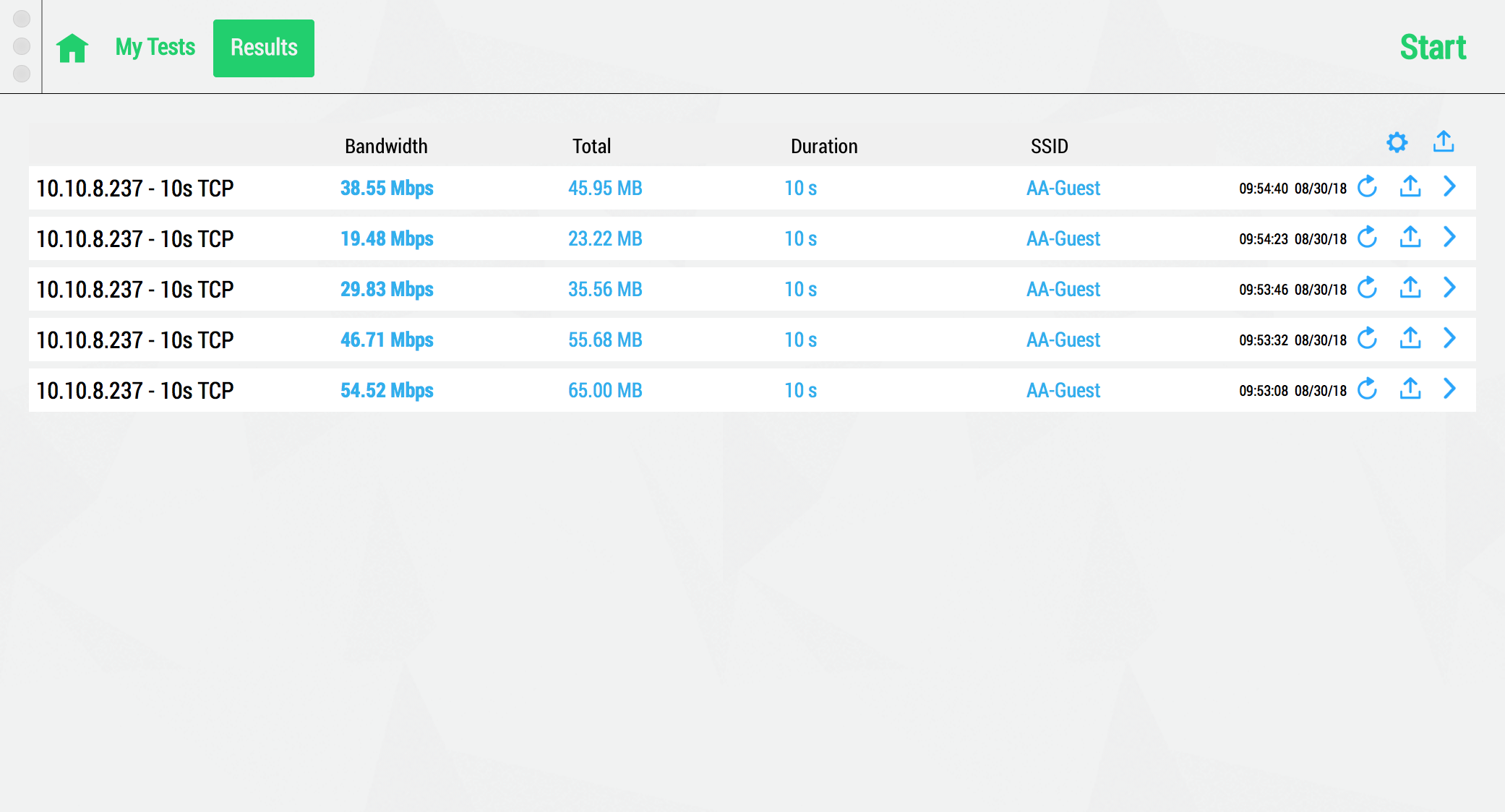 Whether it is your job to maintain a WLAN or you are just a client, it is important to understand how a personal device can deteriorate a surrounding network. It is suggested to create user agreements and other formal documentation in order to prevent harmful technologies from entering your enterprise environment.