Why SSID Hiding Is Not Secure

At most, hiding the network name prevents people who are not a threat from connecting to the network. Any person determined to find the name of the network or try to connect to it will find a way.

In order to discover networks that are broadcasting in the same area, you only need to type the following command into your command prompt: 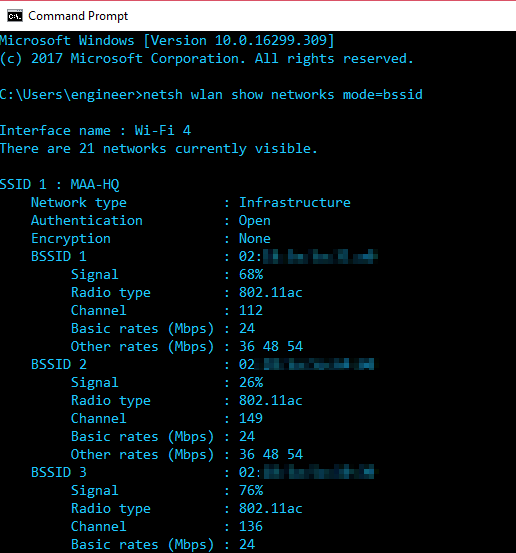 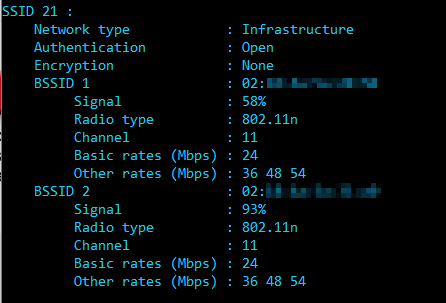 The first picture shows that there are 21 networks that are currently visible. The second picture, however, shows a network with a hidden SSID that can still be picked up by wireless network card.

To discover the name of the hidden network, users need to use software and 802.11 adapters that support monitor mode: capturing packets in the air without connecting (associating) with any access point. These captured frames can then be analyzed in programs like Wireshark. Wireshark can analyze 802.11 management, control, and data frames and to gather information about a specific network. For hidden networks, the SSID name is missing from beacon frames but  included in Probe Response frames.

Hiding an SSID does not provide true security because it only hides the network’s name and not the actual network. In fact, hackers, or people with malicious intentions, will actively seek out networks with hidden names for several reasons. Hiding a network’s name usually indicates that someone has something to hide or that they think that hiding the network name provides additional security.

The best way to protect one’s network connection is to use methods of encryption, such as WPA/WPA2. These are security protocols with strong encryptions that are extremely difficult to crack. Encryption protocols are the golden standard for security since they protect your network and information.

While it may seem secure, hiding your SSID is impractical and only invites attackers to attempt to intrude on your network.