The WLAN Pi Pro is the next iteration of the popular WLAN Pi project. It is a multi-purpose Wi-Fi analysis tool capable of monitoring and analyzing your wifi environment. It comes with an original enclosure, a custom carrier board, dual tri-band Intel AX210 wifi cards, battery, a heatsink for active cooling and a wifi antennas for better signal strength.

Instead of using a single board computer like earlier versions of WLAN Pi, the WLAN Pi Pro uses a Raspberry Pi 4 compute module (CM4) with a customized carrier board and 3D printed enclosure.

CM4 - "The power of Raspberry Pi 4 in a compact form factor for deeply embedded applications. Raspberry Pi Compute Module 4 incorporates a quad-core ARM Cortex-A72 processor, dual video output, and a wide selection of other interfaces. Available in 32 variants, with a range of RAM and eMMC Flash options, and with or without wireless connectivity." 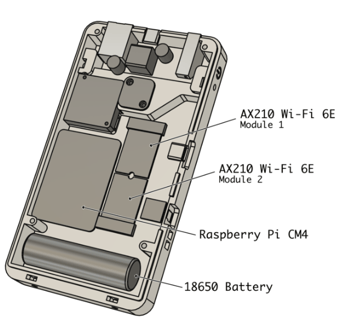 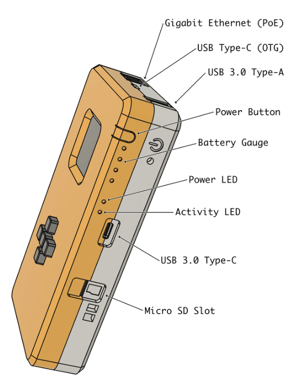 Due to hardware differences, some features are only available with the WLAN Pi Pro purpose built system with CM4 + custom carrier board. See table below and linked for a summary. 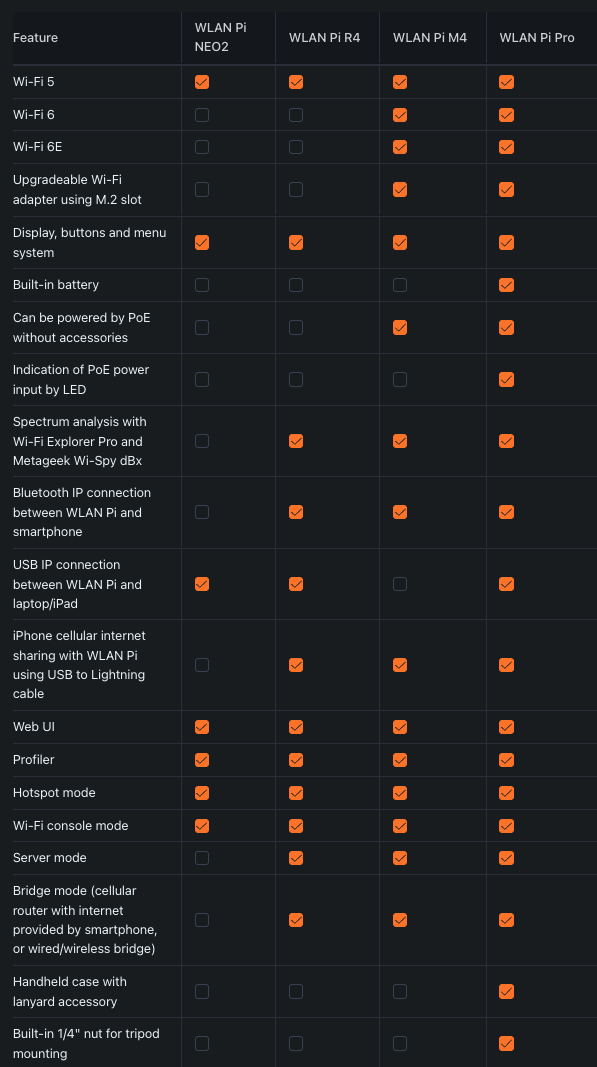