An unauthorized client is a wireless device that has not connected to the network or been approved for use. Unauthorized clients are often found in environments without policies in place or equipment to detect wireless activity. 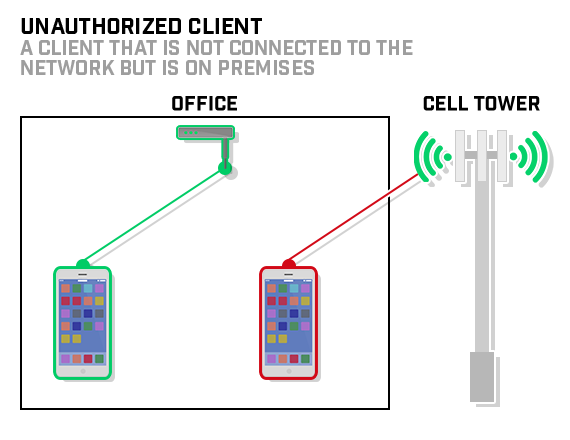 A rogue client is an unauthorized device that has been found communicating and accessing an authorized network. Rogue clients are considered a serious security risk since malicious users can connect them to a network from inside or outside the enterprise. 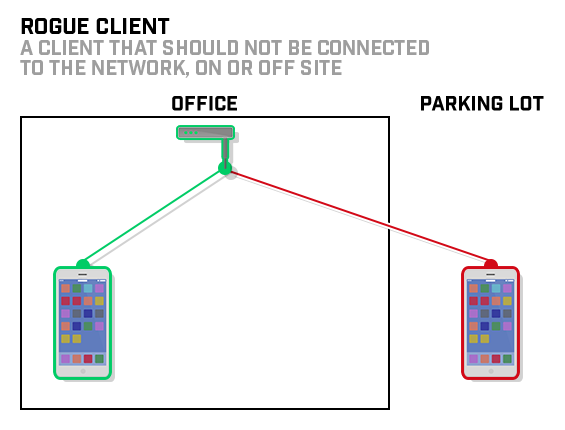 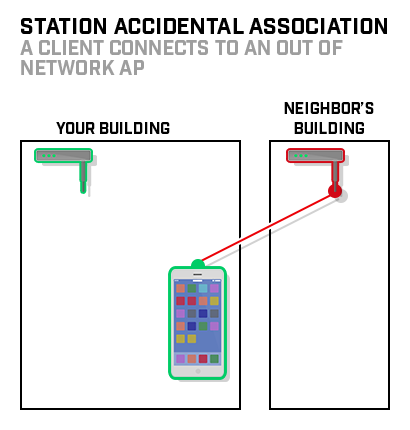 A neighboring AP could be an AP that is physically outside the enterprise perimeter but still transmitting into your airspace. Neighboring APs are commonly found in multi-tenant buildings and pose little to no security risk. 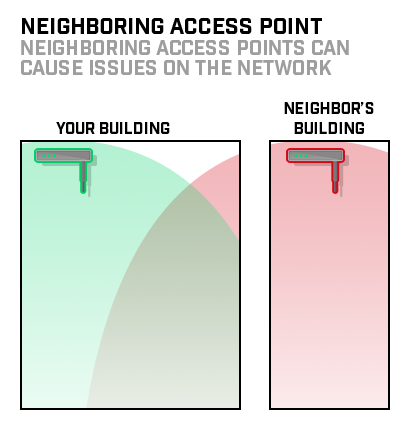 An unauthorized AP is an access point that has been seen operating in your airspace but has not been authorized to do so. Unauthorized access points can be neighboring devices or set up by outside users for malicious attacks. 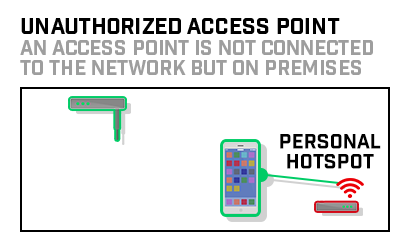 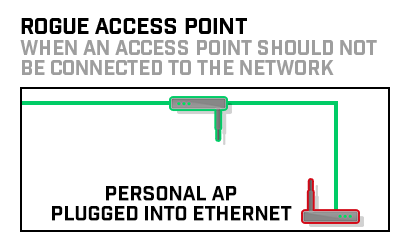