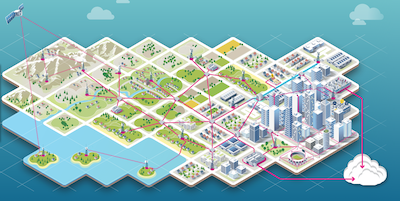 The Telecom Infra Project (TIP) is a global community-driven initiative that was founded in 2016 by Facebook, SK Telecom, Nokia, and Deutsche Telekom. The goal of TIP is to accelerate the development and deployment of open, standards-based infrastructure solutions for the telecommunications industry.

The telecommunications industry has undergone significant changes in recent years. The explosive growth of data traffic and the increasing demand for high-speed connectivity have put a strain on traditional telecom networks, which are often expensive and slow to upgrade. This has led to a need for innovation in the industry, and TIP was founded to address this need.

TIP is unique in that it is a community-driven initiative. This means that the organization is not controlled by a single company or group of companies, but rather is open to participation from a wide range of players in the telecom industry. This includes leading telecom operators, vendors, system integrators, and technology companies. By fostering collaboration and open innovation among its members, TIP aims to drive the development and deployment of next-generation telecom infrastructure.

One of the key values of TIP is its focus on open, standards-based solutions. Unlike proprietary technologies, open standards allow for greater interoperability and collaboration among different vendors and operators. This, in turn, leads to more competition and innovation in the market, which ultimately benefits both telecom operators and consumers.

Since its inception, TIP has made significant strides in advancing open, standards-based solutions in the telecom industry. The organization has launched several working groups and projects focused on areas such as open optical access, small cells, and virtualized network functions. TIP has also partnered with other organizations, such as the Open Networking Foundation and the Linux Foundation, to further its goals.

In addition to its technical achievements, TIP has also played a crucial role in fostering collaboration and open innovation among its members. The organization hosts regular meetings and events, such as its annual TIP Summit, where members can share ideas, discuss challenges, and collaborate on solutions.

Overall, the Telecom Infra Project has proven to be a valuable force for innovation and collaboration in the telecom industry. Its focus on open, standards-based solutions and its commitment to fostering collaboration among its members have made it a driving force for change in the industry. As the demand for high-speed connectivity continues to grow and the telecom industry continues to evolve, TIP will continue to play a crucial role in driving innovation and collaboration.